The strong growth of mobile computing has led to an explosion of mobile apps. The problem is that many mobile apps are not well written and misbehave when installed on end users’ smartphone.

DefDroid aims to address a rising class of issues in mobile apps in which some app acts aggressively to its hosting ecosystem (e.g., keep searching GPS, wake up the device frequently, frequently download large data via cellular network). We call these issues Disruptive App Behavior (DAB). Table 1 below shows some common disruptive app behavior that we have examined in a study of more than 9,000 mobile user posts and reports. (If you encounter some of them or new kinds of app issues in your smartphone, we’d be happy to hear from you.

Disruptive app behavior is annoying to users because it affects not only the app itself (e.g., compared to normal app defects that cause crash or unresponsive) but also hurts user experiences for the other apps on the same device due to battery drain, excessive usage of data plan, overusage of storage space, etc.

DefDroid provides a system-level solution to address disruptive app behavior by making the mobile OS more defensive so that even if some apps have defects that can cause disruptive behavior, the OS will actively intervene to adjust the app execution and minimize potential negative impact to battery, data plan or storage. 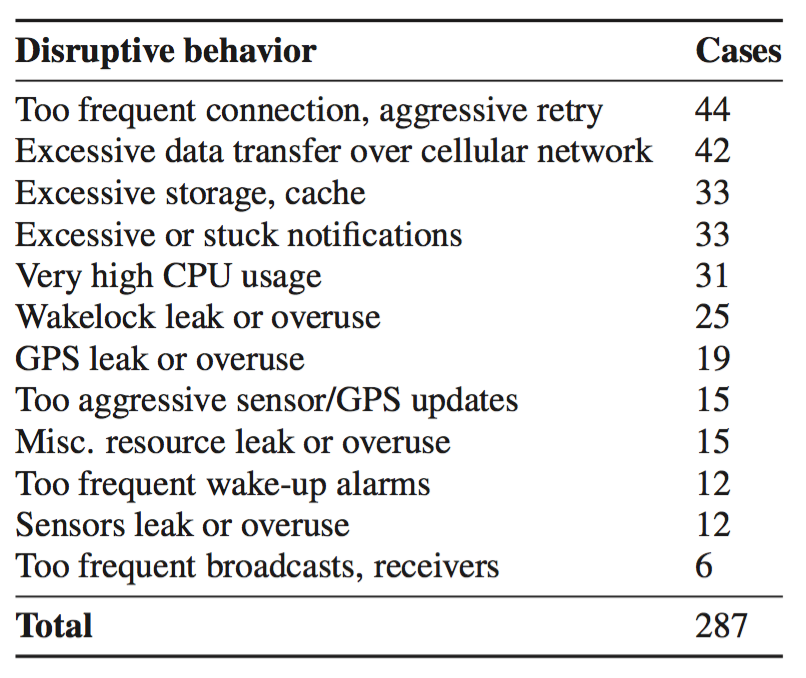